Uncategorized | Blogs
Why the pensions’ lifetime allowance should be abolished

There is a response to this post, “Why the lifetime allowance will not be abolished” by Alistair Cunningham 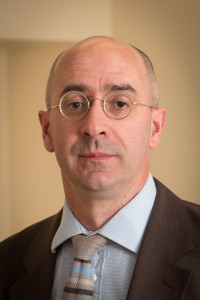 Historically when £255,000 could be squirrelled away into pension funds on an annual basis some sort of cap on how much could be accrued in a tax privileged pension wrapper could perhaps have been justified. Pension contributions, if we ignore carry forward, are now restricted to £40,000, in a tax year. We’ve even seen this limit reduce over the last two tax years from £50,000. So we are already policed on what we can pay into a pension and at a reduced rate.

In addition, if we look at what has happened to the LTA reducing from £1.8m in 2011/12 to £1m from 6th April 2016, we now appear to be in a system which also penalises investment success. In the past of course, having a pension fund of £1.8m was probably outside the grasp of most individuals. However, £1m is now the expected reduced LTA. If we take a successful business person, perhaps in the IT or engineering sector, a deferred final salary pension of £30,000 per year would not be atypical. Testing this benefit against the reduced LTA (April 2016) would mean that 60% of the LTA has been used. With additional pension savings, perhaps in a SIPP, from self employed work, a fund of £300,000 would pretty much exhaust the balance of the LTA.

With Auto Enrolment a growing success and the Government looking to further cut back on benefits surely an approach to encouraging personal saving should be on the agenda. Apathy towards the LTA will mean increasingly that hard working, conscientious savers will be caught by the reduced LTA and subject to a potential 55% tax charge. Not a vote winner, to my mind.

As Ros Altmann has openly questioned the LTA, surely now is the time for her to use her new found influence as Pension Minister and abolish the LTA. Whilst she’s at it, she can ditch the overly complex concept of Pension Input Periods (PIPs) as well, but that’s maybe for another time.

We have written quite a bit about this fundamental change... END_OF_DOCUMENT_TOKEN_TO_BE_REPLACED