Uncategorized | Blogs
Why the lifetime allowance will not be abolished 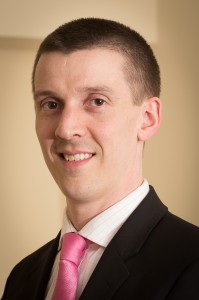 I agree with Peter that the lifetime allowance has long since had its day, and with heavy restrictions on pension inputs it seems unfair to penalise investors for the good performance of their funds. However, I cannot see there is any political will in the current Government to make changes to legislation that has been established (albeit heavily tinkered with) for nigh on a decade.

The proposed lifetime allowance of £1 million gives a relatively modest benefit of around £25,000-£30,000 per annum to an individual who wants to buy a guaranteed, index-linked pension with spouse’s provision. At the same time there is still the prevalent perception that an individual with £1 million of pension fund is somehow a “fat cat”. A net income of around £1,850 per month doesn’t seem overly generous to me!

Ros Altmann, the new Pensions Minister, does not sit in the House of Commons and therefore will be excluded from many important debates on pensions over the course of the next five years. In addition to this, it is my view that Government will be heavily involved with the EU Referendum, the potential Scottish devolution, and laying down legislation that supports other policies made in the Conservative manifesto.

It is noteworthy that Steve Webb, the last Pensions Minister was vocal over his lack of support for a reducing lifetime allowance, and it may well be that the Conservatives expected to govern in a Liberal coalition; with no Liberal involvement the Conservatives seemingly must plough ahead with their manifesto nevertheless.

It is easy for us who are concerned with long term, tax efficient, financial planning to see the pension as the focus of good retirement provision, and whilst I strongly believe this should be the case, I also believe we should work with the framework we are forced upon us. I would welcome the abolition of the lifetime allowance but I can’t see any increase to the lifetime allowance coming soon, and certainly not in the next five years.

We had hoped to see some news on how pensions... END_OF_DOCUMENT_TOKEN_TO_BE_REPLACED

Jimmy Carr has been put under the spotlight with his... END_OF_DOCUMENT_TOKEN_TO_BE_REPLACED