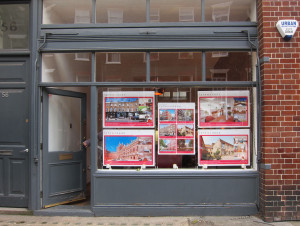 There has been near-universal applause given to the pension liberation changes introduced in the Budget. These are currently under consultation and it is notable that they are set to increase tax revenues by £3 billion over the next five years in increased income tax.

Savills have suggested that £10 billion of pension funds (link paywalled) could enter the property market. Ignoring any discussion of property bubbles (or conversely, a replacement for funding-for-lending), this is likely to be a phenomenally bad thing to do from a tax persepective due to the differences between a pension and a buy to let property.

The difference is best explained with a hypothetical case study, Mr Smith, who has a £400,000 pension fund, has reached 65, and is considering his income options.

Mr Smith has already cleared his private mortgage and has no particular need for a tax free sum.

Tax-efficient withdrawals from a pension

Phased-to-Drawdown would allow Mr Smith to take his pension fund as a combination of a taxable income, and tax-free lump sum withdrawals. This can minimise his total income tax; either to zero on anything up to the personal allowance (currently £10,000), or if he has other income (let’s assume a State Pension), he is likely to be paying some element of 20% income tax on his income over £10,000 up to just under £42,000.

If Mr Smith dies, his pension fund would normally be free of inheritance tax on money from which he had not taken tax-free lump sums or income, which in the early years is likely to be the majority of his fund.

In the meantime the fund grows free of most taxes, including income tax and capital gains tax. If the tax-free lump sum was paid out gradually, for example, ten years, and the fund grows in this time Mr Smith would receive more as a tax-free amount than he would have done if he had taken all of the lump sum on day one (though of course the opposite is true if the fund falls over the ten year period).

The increased taxation on a full ‘flexible’ drawdown for property purchase

Alternatively, Mr Smith could take the entire fund as a lump sum, and the first £100,000 would normally be free of tax. However, the remaining £300,000 would be added to his income, and ignoring his State Pension or any other income that he receives he would pay a total of just over £121,000 in income tax, a rate of over 40%.

In letting the property, he may consider the property requires an agent to manage it, and he will incur both agent’s fees and also valued added tax (VAT).

With time, hopefully the property will grow in value and generate a positive rental yield (though in the current climate yields are often depressed). Mr Smith will pay an income tax for a second time on the income the property generates, and also capital gains tax when the property is ultimately sold at a profit.

In the unfortunate event of Mr Smith’s death, the property would potentially be subject to inheritance tax. Whilst there is normally a spousal exemption, where any value of assets can be passed to a UK domiciled spouse without taxation, there is a tax disadvantage in receiving a property on death compared with the pension fund. An ‘uncrystallised’ pension fund (the bit that’s not paid tax-free cash and/or income) can be normally be passed free of tax to anybody, including a Trust of which a spouse is a potential beneficiary.

The above example shows how, from a taxation perspective, it would be unwise to buy a property with a pension fund.

The genius of the current proposed pension changes is that the Government appear to have sold an amendment generating £3 billion in extra taxation over the next 5 years as a benefit to UK pensioners!

The numbers suggest, on balance, the proposals will be to the detriment to UK consumers. Nevertheless, those who pay for financial planning advice on their retirement decisions could potentially be better off due to the changes, at the expense of their peers, by careful use of tax planning and allowances.

Those who retire under State Pension age should consider drawing up to £10,000 of income from their fund under PAYE as no taxation will be due on this, and those with other sources of income including State Pension may be better placed in drawing up to £42,000 (rounded up) under PAYE to maximise the amount that pays 20%, whilst minimising any 40% tax due. At the same time they can supplement their income needs by a gradual “phasing” of their tax free lump sums. We have clients who are drawing well over the higher rate threshold of £42,000 from their State Pension and other pension sources yet paying less than 10% total income tax by using the above techniques.

If you would like to discuss any of the information detailed above, please do not hesitate to contact Alistair Cunningham; the nature of these personal decisions are you should not rely on the summary given above.

HM Treasury staff appear to be briefing the press that... END_OF_DOCUMENT_TOKEN_TO_BE_REPLACED

In March 2014 the Chancellor, George Osborne, announced that he... END_OF_DOCUMENT_TOKEN_TO_BE_REPLACED