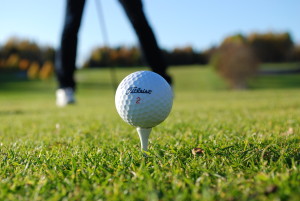 If we change to TEE can we just at least stop the fiddling?

Strengthening the incentive to save: a consultation on pensions tax relief was produced as part of a budget announcement in July by George Osborne. The document introduces a consultation, ending this month, on what pensions should be like for the future. I have many views, but the one I am most passionate about is to build a regime that can have longevity: we cannot allow pensions to become a political toy any longer, and changes made in the near future should be protected in law for the next few governments at least.

The obvious changes are a reduction in tax relief, and possibly a change to the Exempt-Exempt-Taxed regime (so named as contributions are tax-free, as is growth, with tax being levied on exit). The consultation does intimate TEE is a strong contender for an alternative (which is how an ISA works).

The Government should be honest: if pensions tax relief is not affordable, it should not be offered; but once withdrawn it should be left alone for a decade or more.

In the past decade since “Pensions Simplification” we have seen innumerable changes. I prepared a detailed table for comparison, which is summarised below. This is obviously not meant to be taken as advice, and should not be relied on (it may not be totally accurate, and is simplified), but I aim to prove a point: pensions tinkering has become the norm, rather than an exception:

Let me be clear. No one ever needs to buy an annuity again.

There’s lots more examples I could cite, but I hope I have made my point – to encourage long-term savings, a beneficial tax regime is helpful; but continual tinkering erodes sentiment and this does more harm over time. We need to have a set of rules that are clear, and are protected for the indefinite future – then we might see a strengthening of the incentive to save.