A tax on long-termism 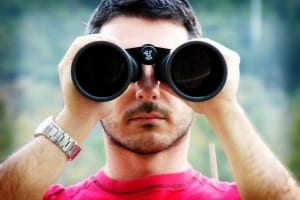 In August, four European countries banned short-selling, in a measure to reduce some of the market volatility experienced in that month. Short-selling is a legitimate investment strategy where an investor seeks to make money by the downward movement of shares; however in this case it is argued to be a short-term market play – spreading rumours which cause the market to fall, the short-sellers to profit in a vicious, self-propagating circle.

Short-termism is rightfully to be discouraged, as most businesses have a long-term strategy, as do the investors in those businesses. Sadly the tax structure in the UK does not encourage a long-term view.

In 2008, in an attempt to simplify the UK’s complicated tax system, the Labour government reduced the Capital Gains Tax system to a flat 10% rate. This was patently unfair and further broadened the gap between the most wealthy and the rest of the tax-paying population; as those wealthy enough to have little regard (and have the choice) on whether they received income or capital gains, may have moved from paying 40% income tax to 10% CGT.

Roll the clock forward three years, and basic rate tax payers will pay 20% on income, and 18% on gains above their personal allowance; higher rate tax payers 40% and 28%; additional rate tax payers and many Trustees pay 50% and 28%. However, the simple nature of Capital Gains means that often a significant proportion of asset’s growth can simply be caused by inflation!

So it’s hardly surprising that individuals want to make short term plays on the market, as there’s little tax benefit in investing for longer-term.

For most investors, investing should be a long-term decision, we do not believe it is practical for most investors to time the markets, and we do not seek to do this ourselves, either outsourcing stock selection on a ‘best-of-breed’ basis, or increasingly, by gaining exposure to a collection of indices (e.g. the FTSE) in appropriate weightings to a client’s goals and attitudes.

Your money in uncertain times