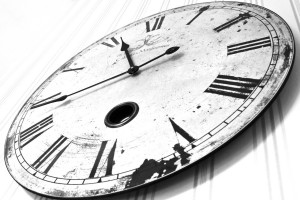 The consultation on pensions “incentives” has been delayed (Photo: Flickr/Stevie Gill)

Possible changes to pensions following the most recent Pension Consultation initiated by George Osborne post his July 2015 Budget seem unlikely to see the light of day until March 2016 at the earliest. This suggests that any alterations are likely to be a little more radical than purely tinkering around the pension edges.

As a way of background, the consultation document posed eight questions and sought feedback from the financial industry and interested parties. The process hoped to elicit constructive comment around resolving current pension complexity, getting a feel for what simplicity may look like, views on taking personal responsibility for long term saving and facilitating the utopia of a sustainable, tinker proof pension system.

Issues that consistently get kicked around for change or merit consideration are:

So in summary, a deferral to changes in pension’s legislation will hopefully herald the arrival of a sustainable and workable pension regime which is easy to understand and encourages long term savings. However, recent history suggests that changes may be purely to refill the Exchequer coffers through less generous reliefs or more penal allowances.

For some, taking advantage and acting now with a known set of rules might be more beneficial than waiting for a 2016 Budget announcement.

Each year the Financial Adviser search engine, Unbiased have a... END_OF_DOCUMENT_TOKEN_TO_BE_REPLACED

It’s rare (if not non-existent) that someone gets to retirement... END_OF_DOCUMENT_TOKEN_TO_BE_REPLACED