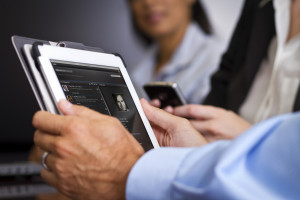 Consultants are a prime target for an attack on PSCs (Photo: Flickr/NEC)

HM Treasury staff appear to be briefing the press that the Autumn Statement will force contractors paid through personal service companies (PSC) to go onto PAYE after only one month of working for a single employer. The PSC stories have appeared in several newspapers two weeks before the chancellor’s statement, which is scheduled for 25 November. It is of course not unusual for ‘kite-flying’ stories about possibly unpopular proposals to appear in the press in advance, so the government can gauge public reaction to them before going ahead, (or not).

These particular proposals would be highly unpopular with independent consultants and high-earning celebrities, especially in the entertainment world where such arrangements are both common and generally accepted as legitimate. Their effect would be to shift about 90 per cent of individuals now working through PSCs into the PAYE system, thus forcing them and their employers to pay full income tax and national insurance contributions, and reducing the scope for tax evasion. This, it is being suggested, could generate an extra £400 million of HMRC receipts.

The reports suggest that the rules would be enforced through employers, both in the private and the public sector. No consultation has been held on these ideas as of yet, although PSCs have been controversial since May 2012 when a Treasury investigation identified more than 2,400 senior staff in the public sector being paid through their own companies. In March of this year, it was revealed that England’s National Health Service had terminated the contracts of 79 staff members paid through personal service companies because they could not show they had met their tax obligations. Several steps have been taken since then to reduce the attraction of using PSCs, generally justified by the notion of ‘fairness’. They include a proposal, expected to be legislated in Finance Bill 2016, to disallow tax relief on travel and subsistence expenses claimed by employees who work through PSCs.

The change to the pension Lifetime Allowance (LTA) from £1.25m... END_OF_DOCUMENT_TOKEN_TO_BE_REPLACED

Fixed Protection 2014 allows individuals at, or near, the pensions... END_OF_DOCUMENT_TOKEN_TO_BE_REPLACED