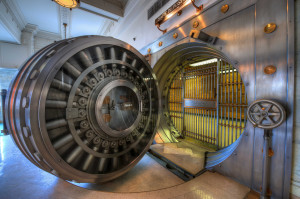 Rules affecting many trusts are 10 years old next year

March 2016 will represent the ten year anniversary since inheritance tax changes were introduced to trust rules. From March 2006 settlements into trusts with an interest in possession were no longer treated as Potentially Exempt Transfers (PETs) but rather as Chargeable Lifetime Transfers (CLT), which was already the case with discretionary trusts. A PET will fall outside of your estate for inheritance tax purposes assuming that the donor (the person who makes the gift) lives for seven years. Gifts into Absolute / Bare trust continue to be treated as PETs.

Since 2006, settlors requiring an element of choice as to how and when the trust property can be distributed or apportioned have largely been directed to Discretionary Trusts; sometimes known as Non-Vested Interest Trusts.  This means that a CLT will have occurred and, although the gift will also fall outside of the estate after 7 years, there is the potential for periodic and exit charges to apply.

Periodic charges are assessed to the trust every ten years; the maximum rate of tax that can be applied is 6%.  Exit charges can also apply, most commonly when the trustees distribute capital to a beneficiary. The best way to illustrate the possible impact is to look at an example:

An example of a periodic charge calculation assuming trust property is valued at £525,000 at the 10th anniversary and there have been no distributions of capital in the first 10 years

How exit charges are calculated

Assumes that the trust property grows in value to £600,000 when it is distributed on the 12th anniversary

*Assumes that the NRB remains unchanged

What does this tell us?