He’s [George Osborne, the Chancellor] listened to what people have said and concluded that now isn’t the right time [for changes to pension tax relief], with uncertainty in the global economy and reforms such as auto-enrolment still bedding in, to turn things on their head.

It is also clear that employers wouldn’t welcome a wholesale change in the way they administer schemes. So he is not going to tear up the system of pension tax relief. There won’t be any changes to tax relief at all in the budget

It is noteworthy that his announcement does not rule out any changes to pensions at all, but does make the previously leaked proposals to reduce pension tax relief to a flat rate for all individuals to be kicked into the long grass.

The reason for delay is mooted as being the EU referendum and wanting to make sure that full support for Government’s proposals are received. It is also, in some respects, testimony to the strength of the pension industry, and the weight of the responses to the consultation, of which this firm provided one, that this issue is seen to be such a major issue for Tory backbenchers. Changes now seem to be too unpopular for the pre-referendum Government.

We should remember that Osborne is an individual who introduced Pension Freedoms – something that the pensions industry had not expressed any particular wish for – but is a change that should be seen as progressive.

It is likely that Osborne wants to leave a further legacy in respect of pensions reform and these changes are likely to have only have been postponed rather than cancelled altogether.

We really only have twelve months after the Referendum before the campaigning for the next General Election takes place so the window of risk is now the Autumn Statement (December 2016) or the Budget or Autumn Statement of 2017. 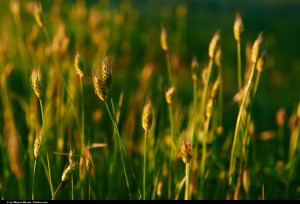 Pension reforms are off the table… for now (Photo: Flickr/Moyan Brenn)

None of this gives us any certainty when making plans for our clients and whilst there is an element of “making hay while the sun shines” the pension security that we hope for is not yet achieved. The delay may well be an ‘anti-forestalling’ tactic, hoping that higher earners are wrong-footed by no change being made now, and a surprise announcement being made later this year.

In addition to leaving a legacy, George Osborne also looks likely to aim to step into David Cameron’s shoes, who has expressed no wish to be Prime Minster for a third term. This combination of factors mean it is most unfortunate that sensible retirement planning is put to one side at the expense of one individual’s political ambitions.

Introduction This document is a reference point for understanding how... END_OF_DOCUMENT_TOKEN_TO_BE_REPLACED

The first week of August has seen some of the... END_OF_DOCUMENT_TOKEN_TO_BE_REPLACED