Uncategorized | Blogs
How much is your bank charging you for its services? 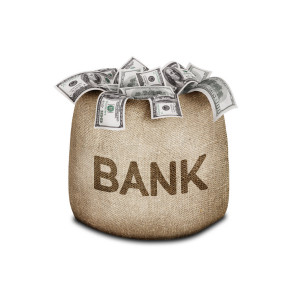 I recently had a meeting with a client who was impressed by the attentiveness of his bank.

This chap, a widower, has several hundred thousands pounds with a high street bank, is in his late 60s, and having run a business all his life, considers himself financially very aware. Over the years he has successfully fended off the bank’s attempts to sell him things, but retained this balance in cash, in his words, his “comfort blanket” rather than for any specific purpose.

Over the years the interest rate was eroding, such that at our most recent review it had fallen to 0.1%, just over £500 per month of interest. He was very pleased with the service provided, and how his local ‘manager’ would come by each year to discuss how he was, and provide an update on the bank’s products and services. As he had successfully rebuffed the bank’s advances over the past years, he thought it puzzling that the bank paid him so much attention as he could not be a profitable client.

Of course he is a very profitable client; over the past few weeks I have demonstrated how by spreading his cash balances across a number of providers, including NS&I (backed by HM Treasury) he can take less risk (as exposed to fewer financial institutions) and receive a better return.

So how much better off is he now? Just over £10,000 per annum which gives a fairly good indication of the cost his banks attentiveness; they had no need to shift their limited range of investment products – they were likely making a tidy profit from the cash.

Broadly speaking, when a property is let out, costs incurred... END_OF_DOCUMENT_TOKEN_TO_BE_REPLACED

Highlights UK economic output is 5% above the 2008 pre-recession... END_OF_DOCUMENT_TOKEN_TO_BE_REPLACED