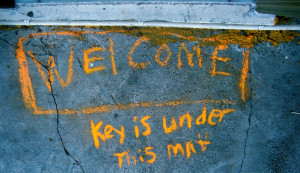 The Lifetime ISA may not be so welcome… (Photo: Flickr/alborzshawn)

The Lifetime ISA which was introduced in the Budget on March 16th 2016 is so niche as to be initially of very little interest to most people. Contributions are restricted to £4,000 per annum, applicants must be under 40 and will find their ISA savings are restricted until either they purchase a first home (capped at £450,000), reach the age of 60, or on payment of a tax penalty if they withdraw it earlier.

However the Lifetime ISA may be more important than many people appreciate as it is my opinion that is heralds the forerunner to the Pension Reforms that have been outlined in “Strengthening the Incentive to Save” (whose outcome was also published on 16th March).

As written on this blog before George Osborne did not have the confidence to change pension tax relief, with the EU Referendum looming and needing the support of Conservative Backbenchers, by floating the idea of a hybrid between a pension and an ISA; and changing the terminology relating to tax relief to a ‘savers bonus’ George is effectively releasing a “beta version” of what pensions may become in the very near future.

For most individuals who qualify for the Lifetime ISA, a Workplace Pension will trump the Lifetime ISA due to the fact that a pension will receive at least the same rate of tax relief (20% the same as the Lifetime ISA is for all) and whilst it may be inaccessible until 55 under current rules, 25% is paid tax free at that point with the rest providing some sort of income.

We have written before how the future for higher rate tax relief is probably under threat and would welcome further discussion if you feel that these matters affect you.

We’re delighted to share with you, that Wingate Financial Planning,... END_OF_DOCUMENT_TOKEN_TO_BE_REPLACED