Pensioners will splurge their funds

A significant number might, but then many will not. We have a 25% tax-free lump sum now, and the individuals I advise invariably do not take the lump sum at all, preferring to ‘phase’ it over many years, in what feels like a tax-free income. Those who do take it, may use it for purposes that some may not approve; buying properties for children, for example.

It seems contradictory that an individual would have the discipline to save all their life and then suddenly throw it all at a new Lamborghini, but it also is confusing how the government think we are too feckless to save without auto-enrolment, but can be trusted to decumulate safely?

What is more likely is that savers take unsustainably high levels of income, and/or insufficient risk. With current growth rates relatively low, and inflation (especially the real rate for pensioners) being uncertain (RPI: 2.6% Q4 2013, 2.9% Q4 2012, 5.1% Q4 2011) an individual drawing even 4% from their pot would need to achieve around 7% p.a. to have any hope of keeping pace with inflation.

Annuity rates will be hammered

Maybe, but also unlikely. The single greatest factor driving annuity rates down is current monetary policy: low interest rates and the continued impact of quantitative easing. I can see factors that will both push rates up, and also down:

For those looking for a low-risk sustained income in retirement annuities are still going to be a good, if not the best option. Annuities are not broken, but the market is. We need a default for pensioners to move their funds away from their encumbent provider and one hopes that the chancellor’s promise of free advice will aid this (but I have given free advice to relatives and ignored it and it was easier for them just to take internal rates!).

If you need evidence that annuities have a future ask 100 sixty-five year olds, “can you afford for your income to fall?”

We have hybrids now, but they remain unpopular.

Guaranteed Drawdown is very, very costly, and I have seen annual charges of over 3% p.a. once fund, advice and the cost of a guarantee is taken into account.

Investment linked annuities force individuals to either take a much lower income than a level non-profit annuity, but with ‘upwards only’ increases or the same level with the risk that the income can fall.

That’s what the chancellor said, but government doesn’t have a good record on this. Whilst I embrace the new changes this would be the ninth set of amendments to pensions since ‘pensions simplification’ came in only eight years ago!

The lifetime allowance apparently remains – penalty charges could apply for those with funds over £1.25m who haven’t otherwise protected their benefits. This equates to £62,500 pa pension for those with scheme pensions (most commonly final salary schemes).

Just because the rules allow Drawdown for more individuals doesn’t mean it’s right. Drawdown is a higher risk option, and for those who were well served by annuities before the 19th March, they are likely to be well served by annuities in the future. Furthermore, the FCA, our regulator, and their predecessor the FSA have highlighted concerns with Drawdown advice. Flexibility can only compound these concerns.

FSA findings suggest that a number of advisers do not understand concepts such as critical yields and mortality drag, so what hope for the average consumer who hasn’t worked out over the past decades that shopping around at retirement could’ve boosted their retirement income?

It is notable that the budget highlights an increased tax take from these measures (£1.2m). The ‘funnel’ in to pension has massively decreased, from an annual allowance of £255,000 per annum in 2011-12, to £40,000 per annum in 2014-15. At the same time the ‘funnel’ out will be unlimited. This has the effect of drastically reducing maximum tax relief granted, and drastically increasing the tax that can be taken from PAYE on the way out.

As an aside, and potentially me reading too much into the situation, the budget report moves away from the legislatively correct term ‘Pension Commencement Lump Sum’ to the historic ‘Tax-Free Lump Sum’. I favour the latter in the hope that the oft-mooted attacks on PCLS/TFC are removed; there is a cap of PCLS/TFC – 25% of the Lifetime Allowance.

And this advice? It’s free, impartial (but restricted) advice, but of the ‘good’ variety. Good luck explaining that to consumers who en masse believed banks gave ‘free, impartial’ advice too (but it was commission and therefore the ‘bad’ variety of free!)

For those with discipline, and advice, the changes are universally positive. Individuals can now contribute to pensions, along with their employers (including business owners), and receive the benefit of income tax, corporation tax and national insurance exemptions. Depending on their situation this can equate from 20% (nil and basic rate tax paying employee contributions) to circa 67% relief (for those earning £100k-£118k who ‘salary sacrifice’ and get their personal allowance back). Funds will grow free on most UK taxes; capital gains, income tax and also usually be inheritance tax exempt on death. No other investment receives such tax breaks.

Even with restrictions on the lifetime allowance (the most tax efficient sum that can be accumulated) to £1.25m those who are disciplined and fortunate enough to do so, will be able to draw an ‘income’ well above the current higher rate threshold, but pay less than 20% tax (I’m including the gradual payment of their lump sum as if it were income). In considering these pension changes in the 2014 Budget, this is a great time to be drawing a pension, and a great time to be a Financial Planner specialising in retirements. 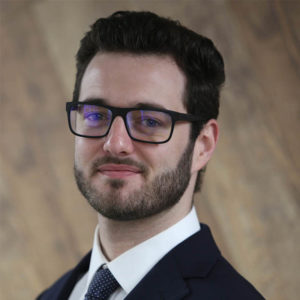 Pensions vs ISAs – which “tax wrapper” is better?