Uncategorized | Blogs
Capped Drawdown – is it a “debacle”? 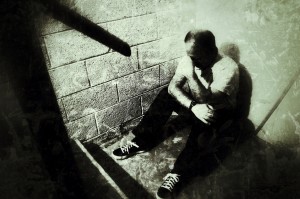 There’s been quite a bit of coverage in the media, including mainstream press on how Capped Drawdown rates have fallen. 1

Since the credit crunch the UK has seen low growth, and relatively high inflation. The maximum Capped Drawdown limits are there to protect pension savers from themselves. If they have sufficient guaranteed income (£20,000) they can opt for Flexible Drawdown, and draw an unlimited amount. It seems obvious to me is this £20,000 limit was chosen to remove the risk of those opting for Flexible Drawdown would fall back on the State.

A recent case study was based on a man aged 71 and based on current rules, the lowest withdrawal he would expect to ever see would be 6.5% of his fund – £6,500 per £100,000. In my professional opinion, even this historically very low maximum is not sustainable indefinitely considering reasonable assumptions. In drawing this level he will have to be prepared to reduce his income, and furthermore even if he does achieve the 6.5% after charges, he would only be maintaining the fund – this allows nothing for future inflationary increases.

Ultimately pension funds do remain under the control of the pensioner, and if they wish they can annuitise and/or change their investment and income strategy. For those who have larger pots (say over £200,000), there remains one final option; a Scheme Pension. Under Scheme Pension you establish your own private pension trust, and appoint your own actuary to advise on withdrawal limits – there is no requirement to follow the Government’s Actuary Department (GAD) guidance, and this invariably results in more generous income limits, especially those 70 and over.

Of course the mainstream media focus on the bad news, and no single option is perfect. For these reasons it is important to get sound financial advice on all your options. This firm specialises in at-retirement advice for those who want to understand their retirement options. If you feel you are restricted in your current pension plans we would bear the cost of an initial telephone consultation.

1
‘Scrap the pensions changes that have slashed our income by HALF’: Drawdown limits cause misery for thousands

‘Our monthly income is being cut by 58%’: Pressure grows for a U-turn over drawdown pension rules

After their high-profile departure just over a year ago, we’re... END_OF_DOCUMENT_TOKEN_TO_BE_REPLACED

The government is planning a new regime to protect individuals... END_OF_DOCUMENT_TOKEN_TO_BE_REPLACED