Uncategorized | Blogs
Another year, another attack on pensions 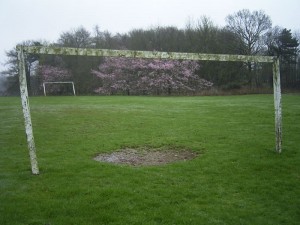 Let’s be clear on one thing; sticking £50,000 per annum in a pension is affluent prudence. It’s not tax avoidance for the ‘wealthy‘. The truly wealthy see the paltry £50,000 per annum as nothing other than a slightly more generous ISA. When you’re drawing a six or seven figure salary, or selling a business for an eight (or more) figure sum the £50,000 is an irrelevance (and the 10% entrepreneur’s relief which is available up to £10m is more generous anyway).

We need wealthier people to be pro-pensions; after all they’re the people running our businesses, and topically, implementing ‘Workplace Pensions’ – isn’t it hypocritical for them to be avoiding pensions whilst trying to get their underlings to join?

Also the economics make little sense: pensions are a tax deferral vehicle, and whilst there’s can be a potential benefit in deferring 40-60% tax to a time when you might only pay 20%; there’s a cost – inaccessibility, restrictions on withdrawals, and the ultimate threat of a pension dying with you (or a 55% recovery charge). Pensions are a tax deferral vehicle so reducing input now may increase HMRC’s tax take now; but it’ll will unquestionably reduce the pensions tax take in  the future. It also makes other forms of avoidance more appealing.  Despite the potentially draconian “General Anti-Avoidance Rule” there’s one form of avoidance that the truly wealthy will always be able to do: leave the UK for good.

For these reasons the Chancellor should leave pensions well alone.

Citywire: Why unfair pensions tax relief is a fair target

Good news this week from HMRC, as they back track... END_OF_DOCUMENT_TOKEN_TO_BE_REPLACED