Uncategorized | Blogs
A 10.4% per annum uplift on your pension – guaranteed 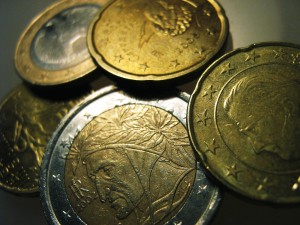 Any offer of high headline growth, especially where ‘guarantees’ are mentioned should be treated with the utmost scepticism, however if you defer your state pension for over 5 weeks, you will receive a 1% uplift to your pension benefits; this equates to a 10.4% increase per year.

For example, if an individual had deferred their State Pension for two years from when their entitlement was £110 a week, they would expect 2 years of the April increases. If we assume this meant their entitlement two years later was £120 a week, then on claiming they would receive their regular pension of £120 a week plus an Extra State Pension amount of £24.96 per week (i.e. 20.8% of £120). This gives a total state pension, after 2 years of deferment, of £144.96 per week.

As an alternative, they could elect to have the deferred amount as a taxable lump sum, as long as the pension had been deferred by at least one year.

Therefore if it is affordable, deferring a state pension can be beneficial.

However, there are disadvantages:

Deferring a state pension can be especially beneficial for those who are paying higher or additional rates of tax, who believe they will be paying a lower rate in retirement. It’s also interesting to note that you can defer a state pension you’re presently drawing, as long as you are in the UK, or one of a limited (broadly EU) number of countries.

More detail on deferral can be obtained on the Department of Work and Pensions website.

Highlights The UK economy continues to grow at a reasonable... END_OF_DOCUMENT_TOKEN_TO_BE_REPLACED

In 1984 the  inheritance tax rules were introduced as we... END_OF_DOCUMENT_TOKEN_TO_BE_REPLACED