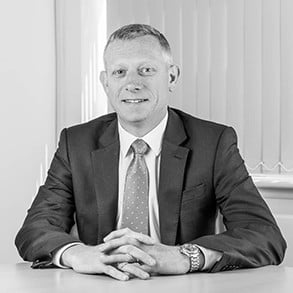 Political disputes dominated the economic and financial market landscape in the third quarter. Chief among these was the ongoing trade dispute between the US and China, which so far has not been resolved and is believed to be having a detrimental effect on economies. The political situation in the UK was also at the forefront during the quarter, with parliament at odds with the government over how the country will exit the European Union.

The economic environment deteriorated further during the period, leading central banks in some developed markets to cut interest rates and announce new measures to stoke growth.

Looking at the global economy as a whole, the expectation is that 2019 will finish with slower economic growth than previous years. The International Monetary Fund revised its growth estimates for 2019 down to 3.2% from its previous estimate of 3.3%, which itself was a downward revision from 3.5%. There are several reasons for this, including the gradual slowing down of China’s economy in recent years, but the dominant theme was the fallout from the US-China trade despite. As the two superpowers have locked horns over trade, the rest of the world has felt the ripple effects in the form of lower demand for goods and reduced manufacturing activity.

In the UK, yet more downbeat economic data made for difficult readings. The Office for National Statistics reported that gross domestic product (GDP) growth – the main measure of economic activity – during the second quarter was 0.2% lower than the previous quarter. At the same time, a leading measure of industrial output, known as a purchasing managers’ index, showed that the UK’s manufacturing sector contracted in September. This was partly because companies were reluctant to make capital investments as Brexit uncertainty continued.

Meanwhile, inflation, which measures how quickly prices are rising, remained dipped to 1.7% in August and retail sales fell as shoppers made fewer online purchases. On a more positive note, the unemployment rate fell to 3.8% and wages including bonuses grew by 4% in the May to July period, the fastest rate since mid-2008.

In Europe, the story of a beleaguered economy continued. Germany’s manufacturing sector, which was already in a recession, weakened further in September, leading to concerns that it was affecting the rest of the country’s economy. As one of the world’s largest exporters, Germany is suffering at the hands of a slowing global economy and the uncertainty caused by the US-China trade dispute. Italy, Spain and Austria also suffered contractions in their manufacturing sectors. GDP growth for 2019 was revised down to 1.1% in September and the European Central Bank cut interest rates to -0.5% and announced a fresh round of quantitative easing to stoke inflation and prop up growth.

The world’s largest economy, the US, was not immune to the economic woes seen around the world. Economic growth for the second quarter came in at 2%, well down on the 3.1% seen in the first quarter, and there was weakness in the manufacturing sector. Meanwhile, corporate earnings were lacklustre and business sentiment was pessimistic.

At the same time, there were still positives to be found: the labour market was in good health, unemployment was near record lows, and consumer spending was strong. Nevertheless, as the trade dispute with China reached new levels in August, concerns of an oncoming recession reached a fever pitch and this dented investor confidence. Against this backdrop, the US Federal Reserve cut interest rates twice during the quarter in an attempt to maintain the current period of economic expansion.

Asia Pacific was perhaps hit hardest in the third quarter. China’s economy continued to slow down, with lower domestic and international demand making an impact. In Japan, GDP growth for the second quarter was revised down to an annualised rate of 1.3%, significantly slower than the initial 1.8% estimate. Inflation remains stubbornly low at 0.5% and it is expected that Japan will see stagnant growth in the coming months.

Yet again the emerging markets experienced a difficult quarter. A major factor was a strengthening US dollar, which placed certain dollar-sensitive markets, such as Turkey and South Africa, as well as Argentina and Brazil, under pressure. India, meanwhile, continued to see a sharp slowdown in its economy. Car sales saw a steep fall in the three months to August and there were significant layoffs at auto manufacturers, parts makers and distributors.

Global stock markets delivered a largely flat performance during the three months to the end of September. Equity markets fell in August as a result of trade wars and concerns about slower economic growth, but rebounded in September when it appeared that both might improve.

UK equities delivered a flat return over the quarter, with domestically exposed companies being hit by Brexit uncertainties when markets fell in August. On the other hand, defensive sectors such as consumer goods were more resilient. In the US, markets delivered a very small positive return, while European stock markets delivered flat returns over the quarter. Japan’s equity market was notable for delivering a solid positive return, having risen off the back of a weaker yen and more attractive valuations compared to other markets.

Emerging markets and Asia Pacific were particularly weak over the quarter. For the most part, they struggled against a backdrop of the US-China trade dispute, slower global growth and a stronger US dollar.

In fixed income, government bonds delivered positive returns. A key driver for this was a general move by investors into lower-risk assets, as well as interest rate cuts from major central banks.

Your money in uncertain times