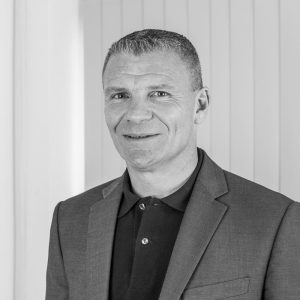 The final three months of 2018 were a difficult time for stock markets as several factors unnerved investors. These included rising interest rates in the US, slower economic growth, concerns about global trade, and the ongoing uncertainty surrounding Brexit.

Following a period when the world economy was relatively steady, there is evidence that economic momentum is decelerating. It is therefore expected that growth rates across the developed markets and China will slow down in 2019.

The UK economy remained in good shape during the fourth quarter and continued to recover from its slow start to 2018. Gross domestic product growth (GDP), which is the main indicator of economic activity, grew by 0.4% in the rolling three-month period to October 2018.

Inflation, meanwhile, continued to hover above the Bank of England’s target of 2%. The most recent inflation figures, up to November 2018, show the Consumer Prices Index including owner occupiers’ housing costs (CPIH) 12-month inflation rate was unchanged from October, at 2.2%. Meanwhile, the Consumer Prices Index (CPI) 12-month rate was 2.3%, down from 2.4% in October.

Inflation measures how much the prices of goods, such as food or clothing, and services, such as train tickets and nanny fees, have gone up over time. In the UK, the Bank of England is responsible for keeping inflation low and stable, with its target being 2%. Inflation has been above this target for much of the past two years in part because the falling value of the pound has caused prices to rise. When the pound falls in value, it makes it more expensive to import goods, such as food and clothing, that are priced in other currencies. It also pushes up the cost of energy because oil and gas are priced in US dollars.

Despite this, the Bank of England’s Monetary Policy Committee voted unanimously to keep interest rates on hold a 0.75% in its December meeting. The committee said that, since its previous meeting, the outlook for global growth had softened and Brexit uncertainties had weakened the short-term outlook for UK GDP growth. On that basis, the committee voted not to raise interest rates in December.

Global stock markets fell sharply in the fourth quarter as investors were rattled by slowing global growth, rising interest rates, Brexit uncertainty and potential trade wars between the US and China.

The UK stock market fell by more than 10% during the period, in line with other major global markets.

Emerging market equities also suffered over the quarter, but fared better than their developed market counterparts. Stock markets in China, Taiwan and South Korea were particularly weak due to trade uncertainty, disappointing corporate earnings and worries about a slowing technology cycle.

Going into the fourth quarter, US equities appeared overvalued compared with the UK and emerging markets following a prolonged period of stock market growth. However, as the market turmoil took its toll, valuations in the US, UK, Europe and Asia all fell below their long-term averages.

Meanwhile, government bond yields in the UK, US, Germany and Japan fell during this period as investors sought safer assets. Bond yields fall as their prices rise.

Divorce and Pensions: Make Sure You Protect Your Future!