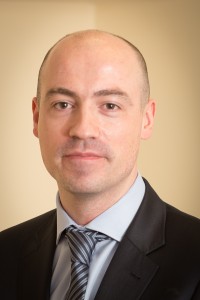 The UK economy grew by 2.8% in 2014 (revised upwards from earlier estimates), which represents the fastest rate of growth since 2006. Economic output in 2014 was nearly 4% higher than the pre-recession peak in Q1 2008. Much of this growth came from the service and industrial production sectors.

The British Chamber of Commerce has upgraded its UK economic growth forecast for 2015 to 2.7%, with The Bank of England forecasting 2.9%, confirming that the UK’s economic outlook remains strong.

The jobs market continues to strengthen: the proportion of people in work in the UK has risen to 73.3%, which is the highest since records began in 1971. It is expected that the UK labour market will continue to strengthen and contribute to future growth in the near term.

CPI inflation fell from 0.3% in January to 0.0% in February, driven by lower prices for food and recreational goods. It is now likely that we will see a temporary period of deflation, possibly as early as June, but it is unlikely this remain for a prolonged period. Lower inflation combined with higher earnings is boosting people’s spending power.

Stronger tax receipts have helped to push public sector borrowing down to £6.9b in February 2015, £3.5b lower than February 2014. The Office for Budget Responsibility predicts that the UK will have a small budget surplus by 2018/19.

There have been some early signs of renewed momentum in risky assets with global equities hitting an all time high at the time of writing. This has been largely driven by the strong performance of Emerging Market equities, and to a lesser degree developed European equities, whilst US equities largely unchanged.

Asian equity strength has been partly driven by Chinese policy loosening, but a pause in the US dollar uptrend has also been a driver.

Meanwhile, the combined impact of the European Central Bank’s and bank of Japan’s bond buying programmes has seen government bond yields fall to record lows across the euro area and move moderately lower in both Japan and US.

The information in this email does not constitute advice or a recommendation and investment decisions should not be made on the basis of it.

Highlights The UK economy continues to grow at a reasonable... END_OF_DOCUMENT_TOKEN_TO_BE_REPLACED

In his March budget the Chancellor, George Osborne announced a... END_OF_DOCUMENT_TOKEN_TO_BE_REPLACED